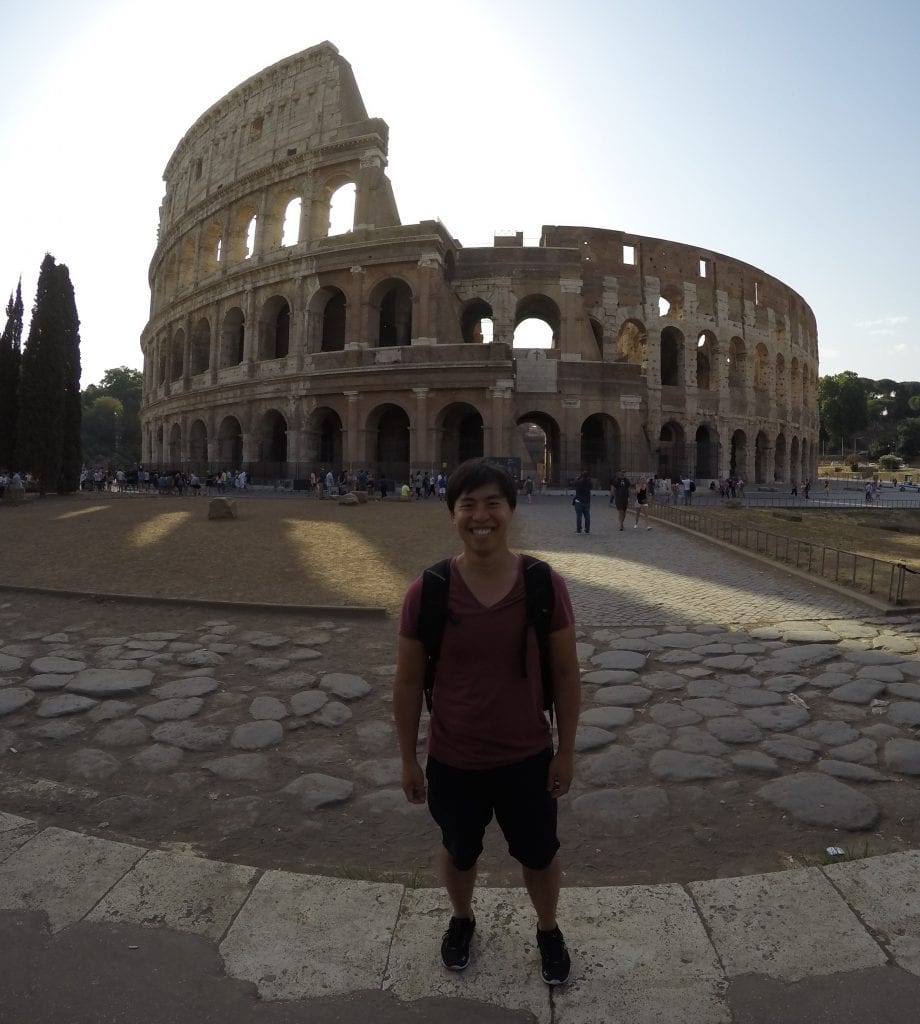 The Complete 7 New Wonders of the World

Since starting my one year trip around the world, I really wanted to see is all the amazing wonders in our planet. Back in 2007, the New7Wonders foundation declared a list of the 7 New Wonders of the World. Immediately, I knew I had to visit each of those man-made wonders during my journey around the world.

The 7 New Wonders of the World 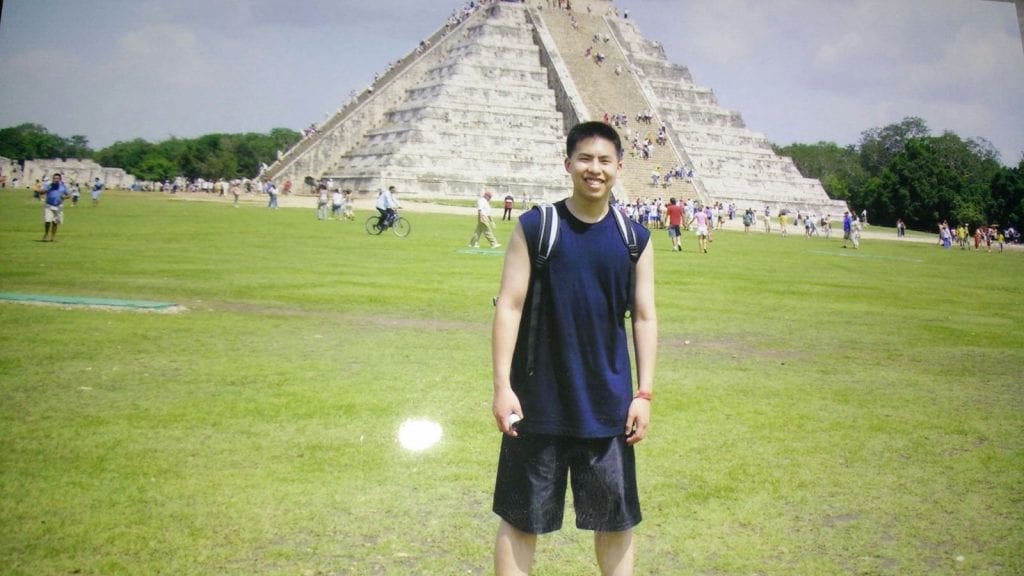 The very first of the 7 New Wonders of the World that I visited is Chichen Itza in Yucatán, Mexico. It was back in 2005 and one of the first few countries I have ever visited. I went with my mother who booked us a tour with G-Adventures.

Back then, the idea of travelling around the world has never occurred to me. Little did I know that this ancient Mayan ruin would be the start of my journey to see all of the wonders of the world.

I was quite lucky to visit Chichen Itza when I did because they were still allowing tourists to climb to the very top. I did just that and glad I got the opportunity to do so! 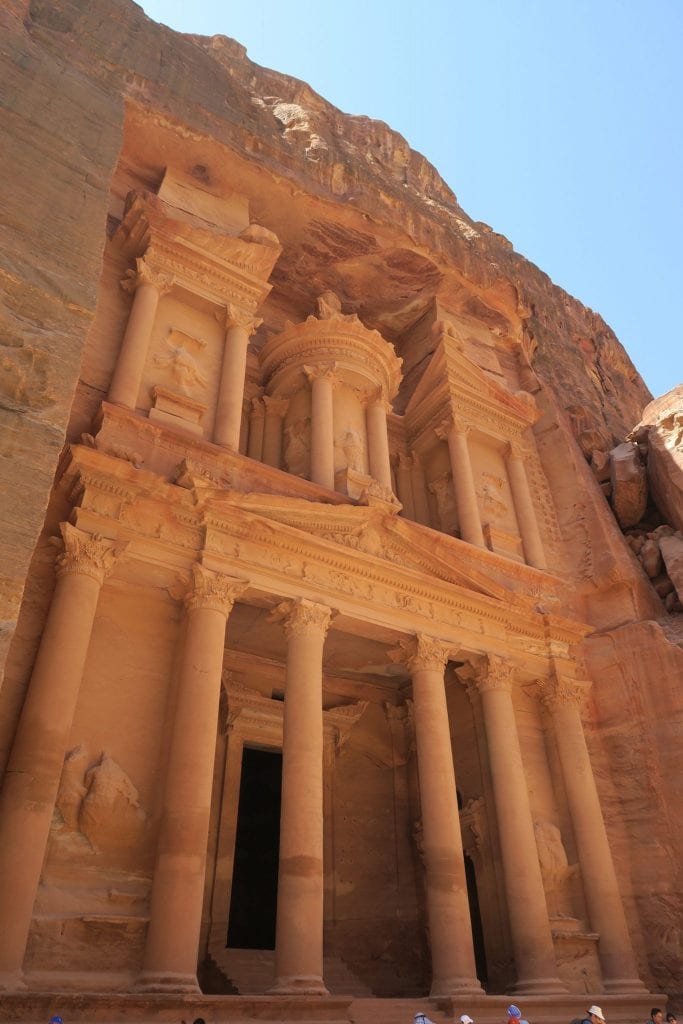 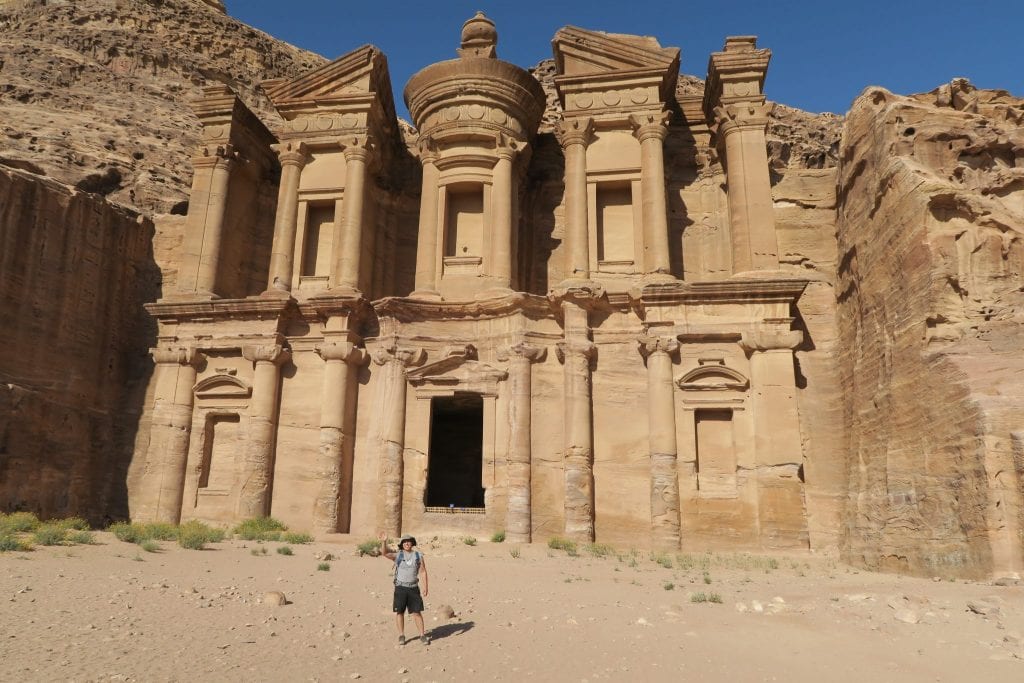 The Petra is an amazing complex that takes seven hours to explore the entire place. I see many senior’s tour group coming to see this amazing structure but they only go as far as the “Treasury” which is the first picture of Petra you see above.

However, if you are up to hiking to the very end, you will be rewarded with seeing the “Monastery” as well.

Seeing the Petra is one of those mind boggling experience because the structure is huge and back then, they didn’t have any of the modern construction equipment that we have now. It really made me wonder how they constructed such an intricately designed “building” out of the rock wall.

The Petra is the second of the 7 New Wonders of the World that I saw. And it definitely created an awe-inspiring feeling when I saw it right in front of me. 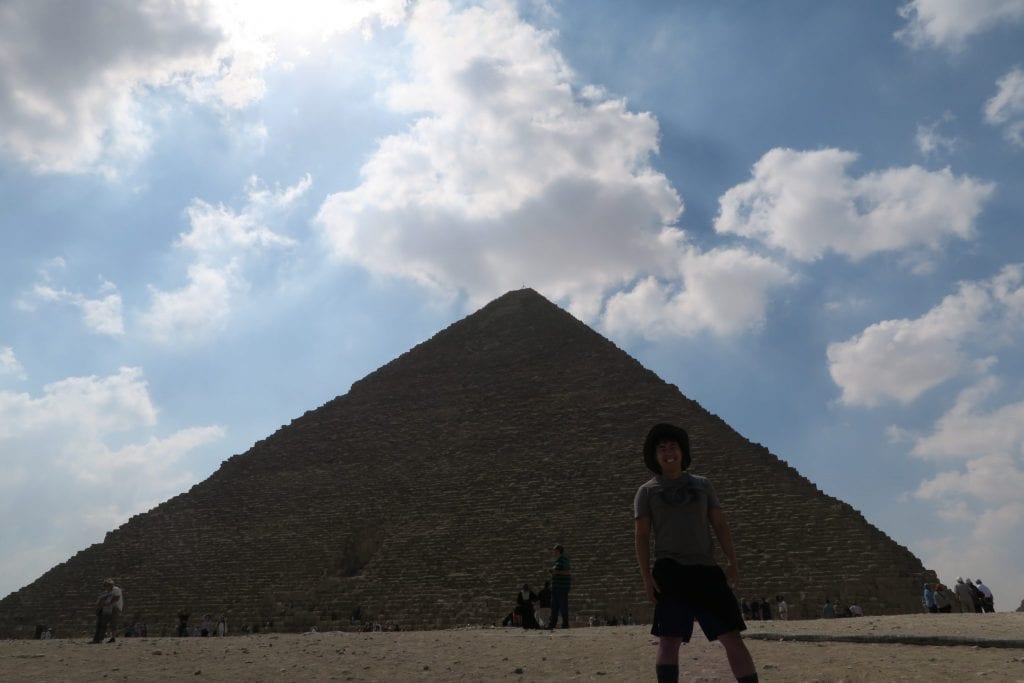 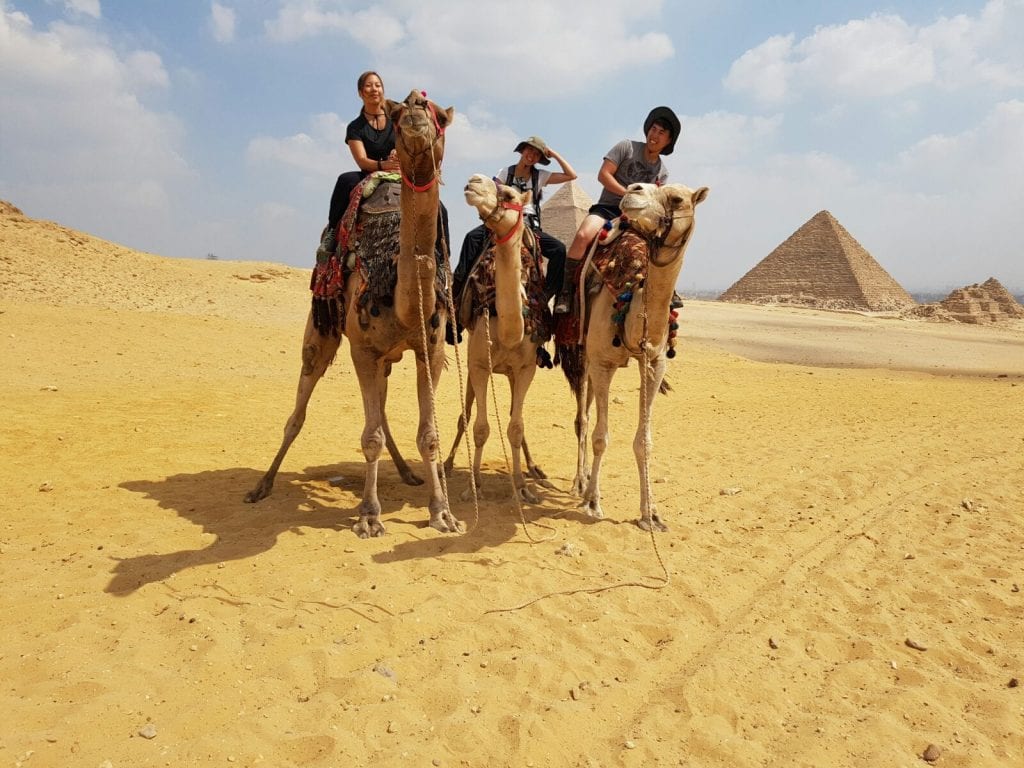 When I saw the Pyramids of Giza, it was a very special moment. Everyone knows this big triangle building. When you think of adventure, world wonders, history, it is this: The Pyramids of Giza. It is one of the rare moments that I felt a burst of emotion inside me when I saw it right in front of me. Witnessing this very ancient and historical structure made me feel grateful to get the opportunity to see such a magnificent part of human history.

Out of the “7 New Wonders”, the Pyramids is the third one I saw. 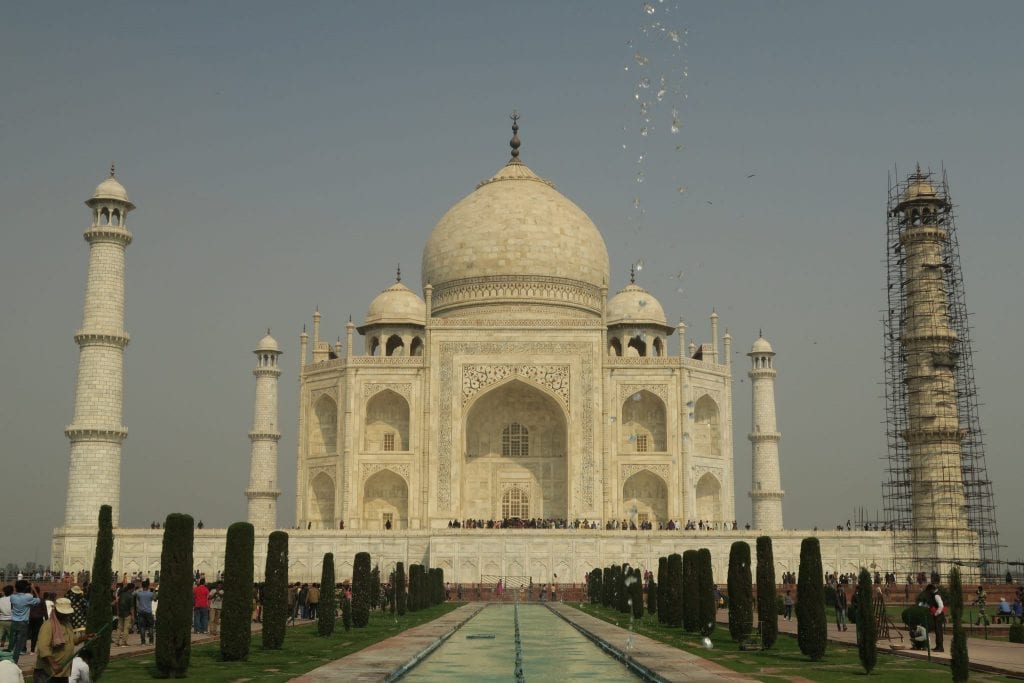 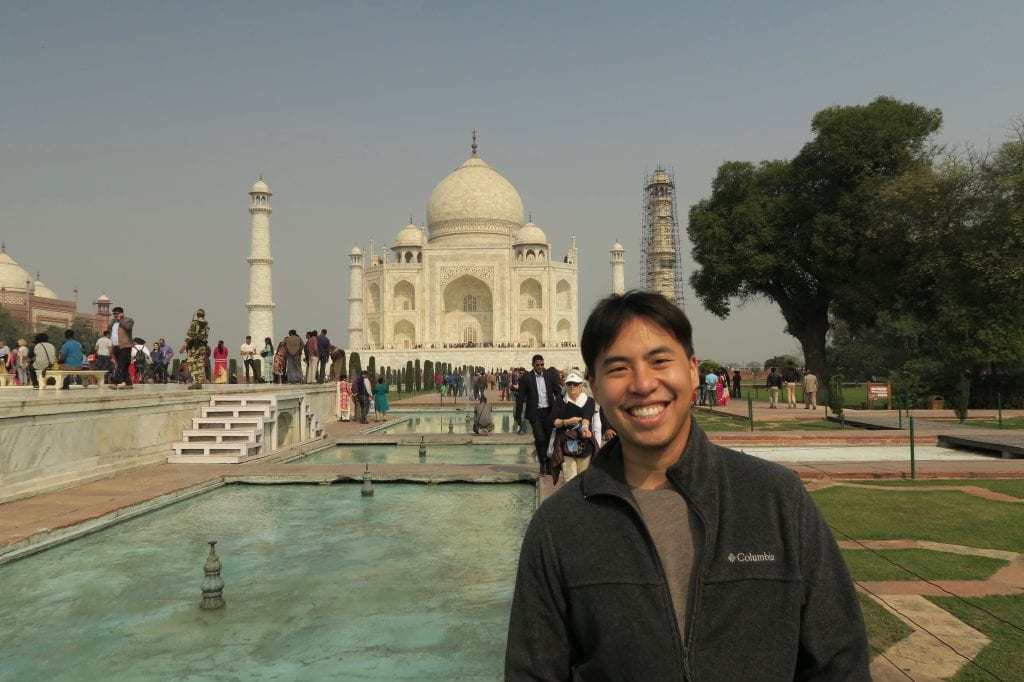 I could have easily had a bad experience coming to India but I didn’t I actually had a great time and seeing the Taj Mahal at least once in your lifetime is a definite must.

The Taj Mahal is the fourth “7 New Wonders” I visited. 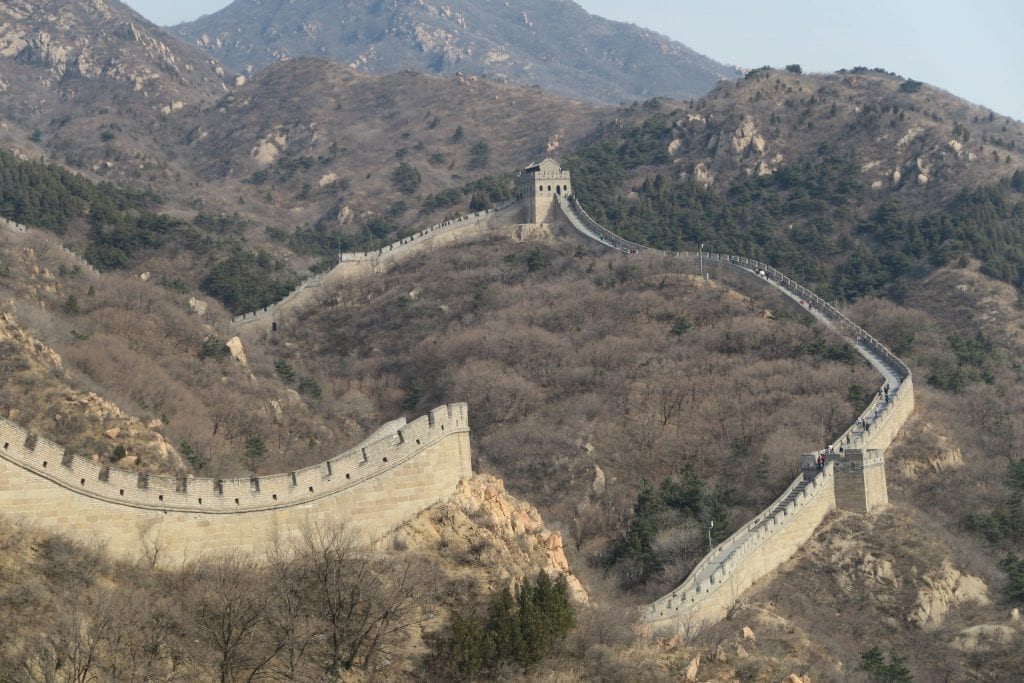 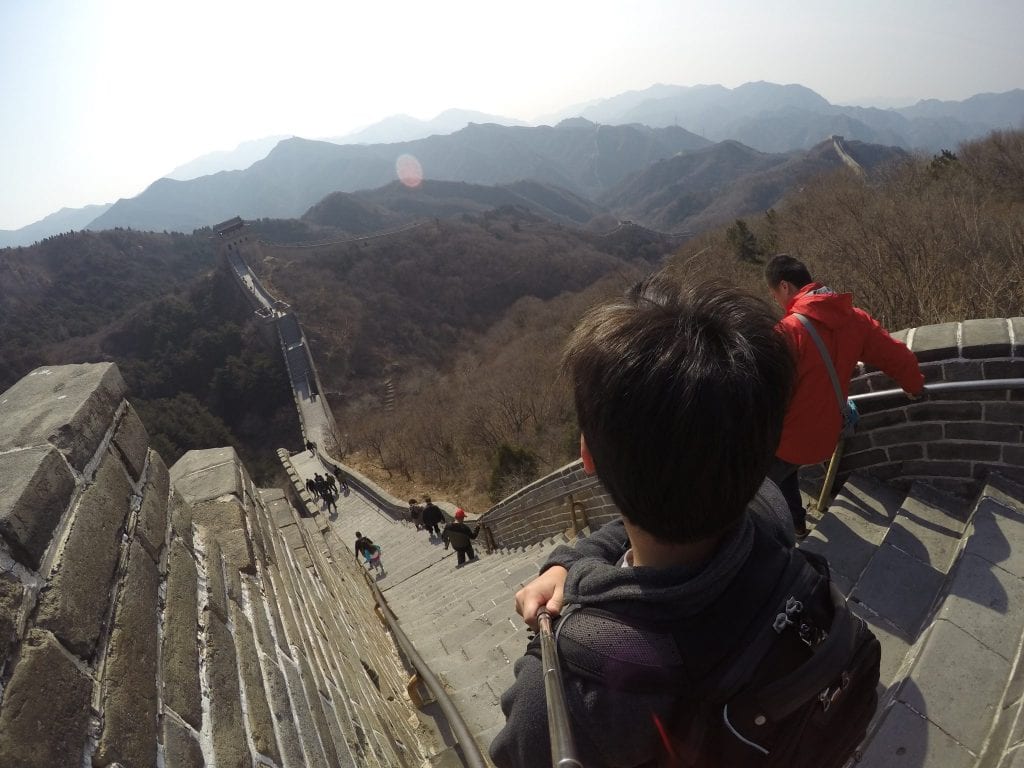 I went during slow season which turned out to be a great decision because the crowds weren’t as bad. If you walk the entire Badaling Great Wall, the crowd starts becoming less because many people don’t want to walk that far. It’s a great opportunity to take pictures without having anyone in the background to get in the way.

The Great Wall of China is the fifth “New 7 Wonders” that I visited. 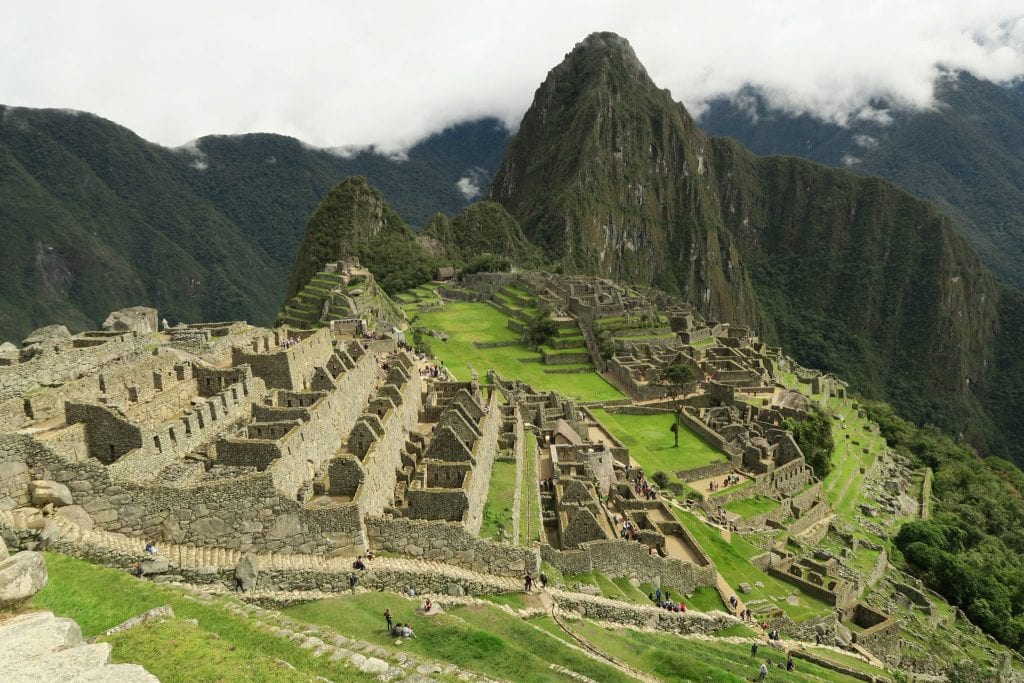 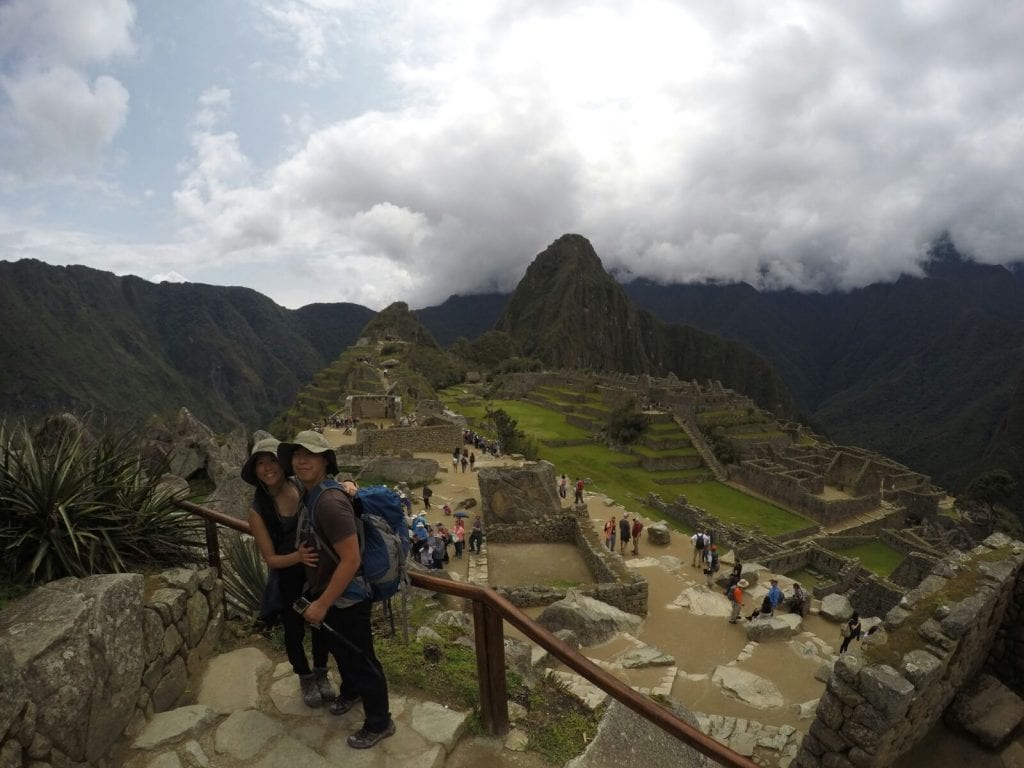 When I was in grade 6, my class studied the history of Peru and one of the things that really stood out to me is Machu Picchu. A citadel located at the top of a hidden valley, it is one of the most impressive and beautiful cities ever constructed. This ancient Inca fortress attracts so many tourist that I can honestly say, that it is the most popular of all the New 7 Wonders of the World.

Sadly, it is also the most expensive so get ready to shell out quite a bit of money to see it. Despite the hefty price tag, it is worth visiting Machu Picchu.

Machu Picchu is the sixth “7 New Wonders” I visited. 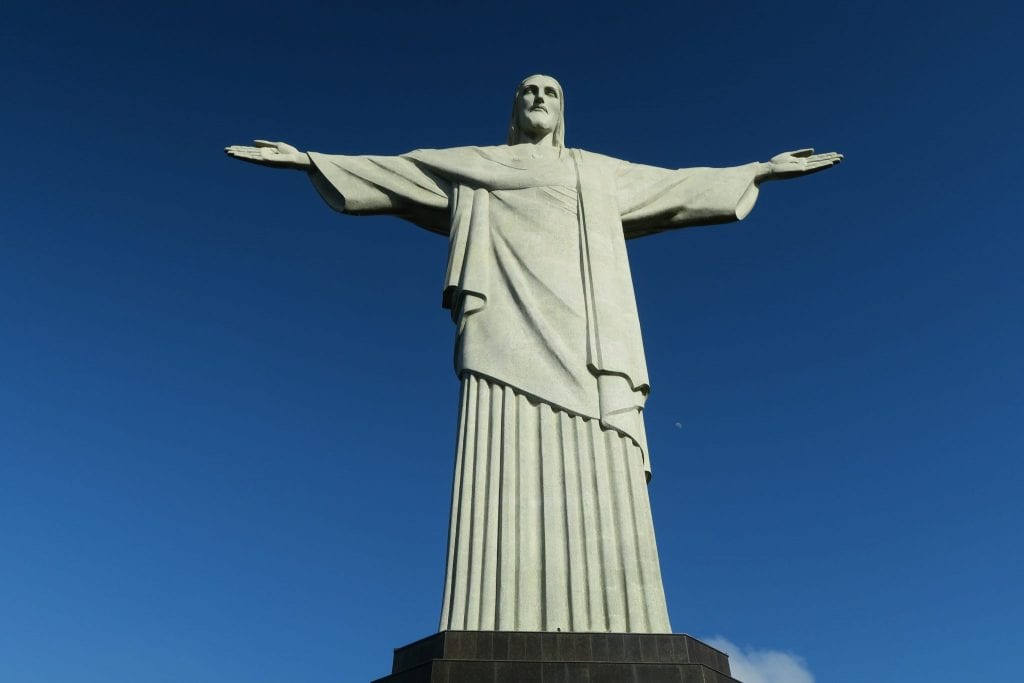 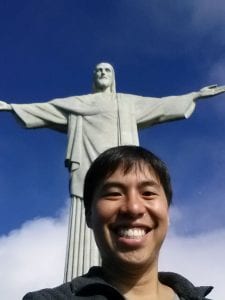 I’m not sure how I feel about the Cristo Redentor. On one hand, it is awesome to see this giant Jesus statue on top of the mountain overlooking the beautiful city of Rio de Janeiro. It certainly is a must-see and it’s justified why it’s so popular.

Regardless, the Cristo Redentor is still great and a must-visit if you ever go to Rio de Janeiro.

Cristo Redentor is the seventh “7 New Wonders” that I visited. 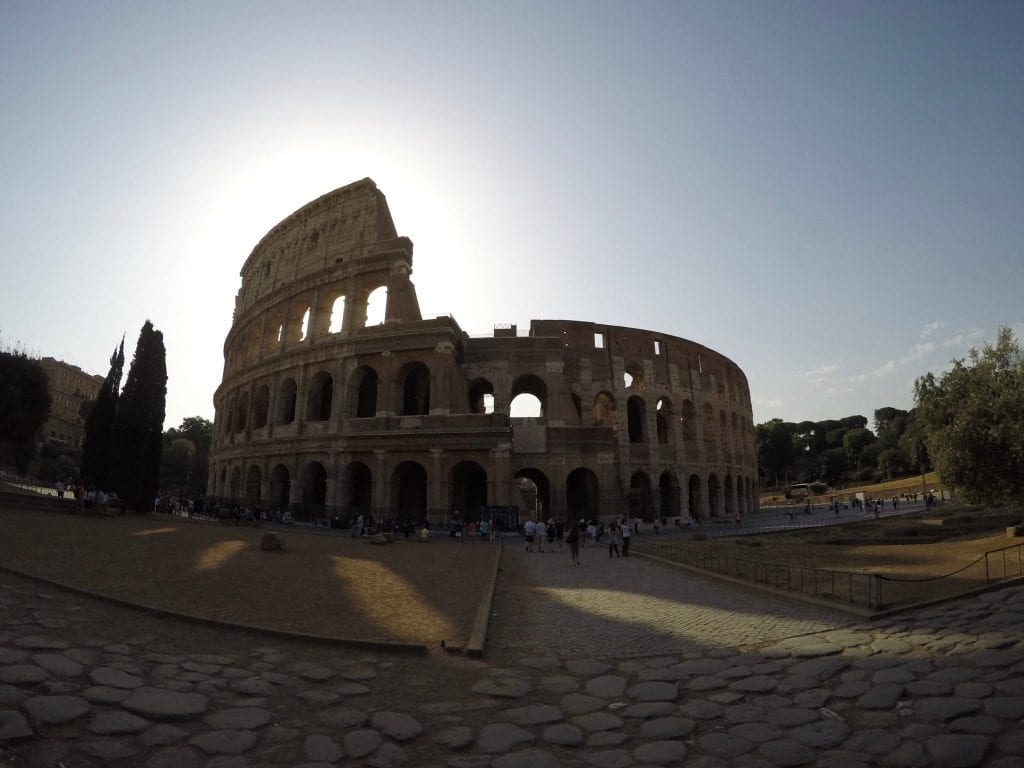 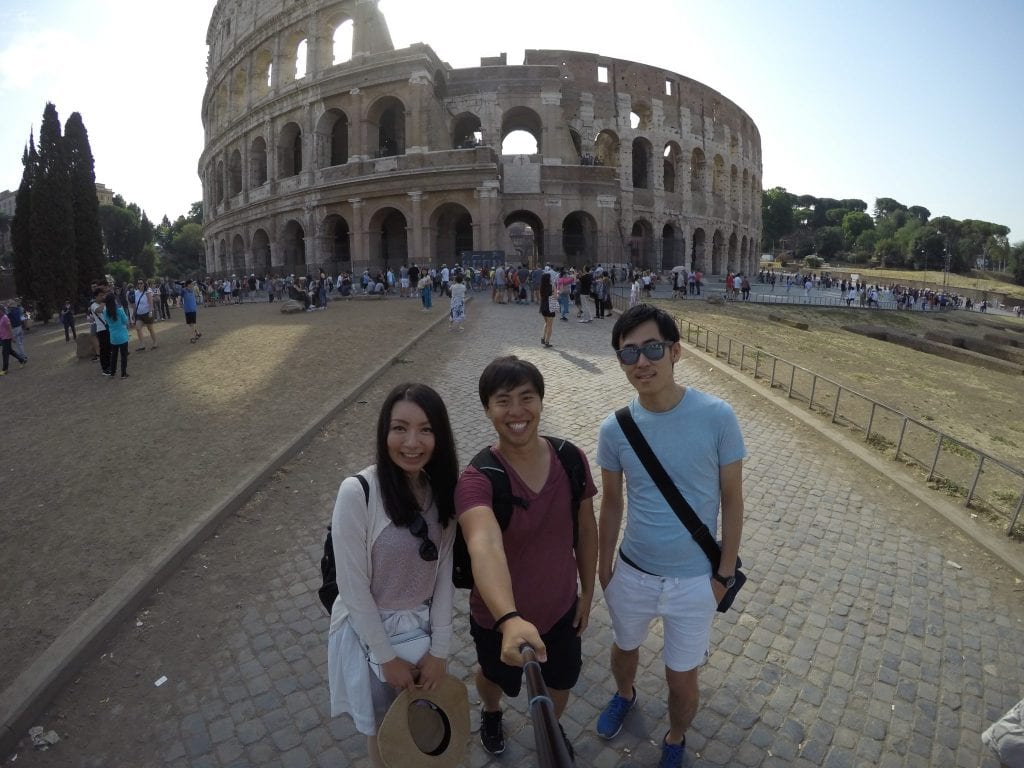 The last 7 New Wonders of the World that I saw is the Roman Colosseum. The place where gladiators fought during ancient times.

The Colosseum is amazing. It is the symbol of the once powerful Roman empire. It’s no surprise hordes of tourist swarm the Colosseum every year. I don’t have to tell you that if you visit Italy, that you definitely need to visit the Colosseum.

I am very grateful to have seen all 7 New Wonders of the World (well, all eight). For those of you who decides to travel around the world, be sure to make an effort to see all these wonders! You won’t regret it.

1 thought on “The Complete 7 New Wonders of the World”

380 Days of Travel Around the World Music Video

Karen was blown away when we finally made it to th

Wadi Rum is an amazing place. The Bedouin people t

Most people who explore the Petra complex stop at

The Petra is really as amazing as people say it is

The Church of Nativity is an amazing place. My fav

Amazing view of Jerusalem! Read more about it here

Blog Post on my adventures in the Old City of Jaff

Read this blog post to learn more about my trip to

Visiting the Dead Sea is painful! Read more about

I love Sedona Arizona. I can't wait to go back aga

Enter your email to receive the Travel and Live Free Newsletter and a 10 step cheat sheet To traveling around the world!