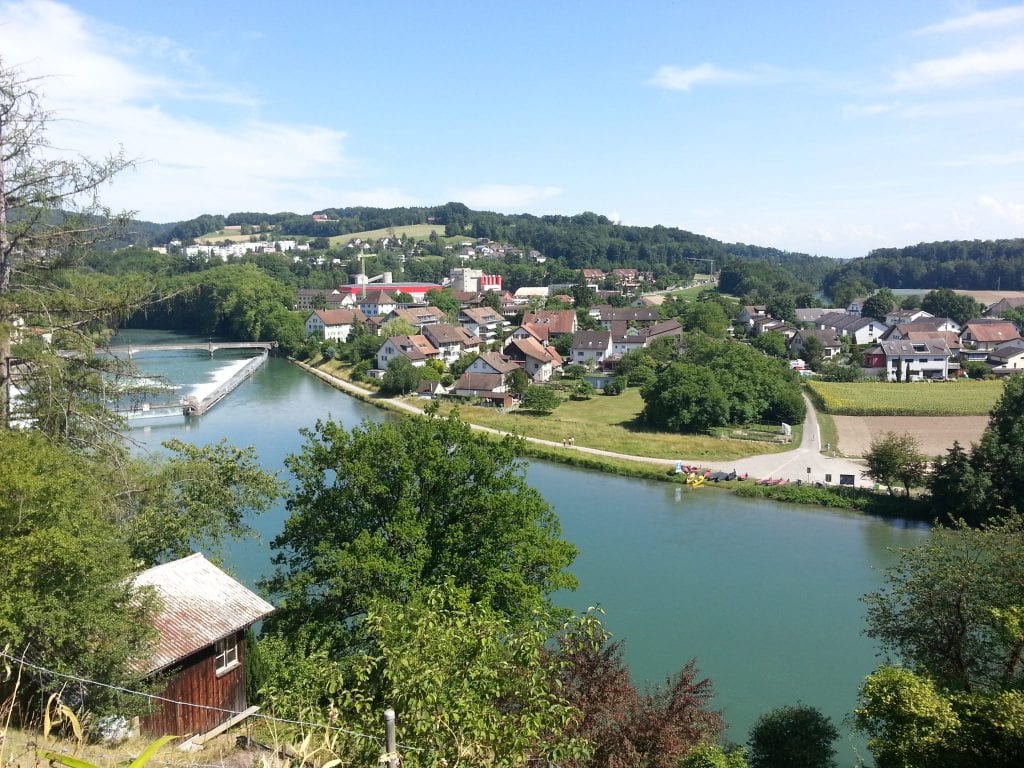 After traveling through Bratislava, my next destination was to visit a friend living in Windisch, Switzerland. At first, I thought this small town won’t have much in terms of tourist attractions. My assumption was that it would be a nice little town for relaxing before heading off to the next country.

Was I wrong! Surprisingly, this city actually has several attractions!

In the Windisch Legionarspfad Vindonissa office, you can purchase a tourist pass of some sort that allows you to visit/participate in the three major attractions in the city. The first one is the Vindonissa Legionnaires’ Trail, the second is Königsfelden Monastery, and the third is a museum in Brugg.

I personally did not visit the museum because I was staying in the Windisch side of the city. However, you can visit all three attractions should you so wish because it is included in the ticket price. I paid 12 CHF for the ticket. 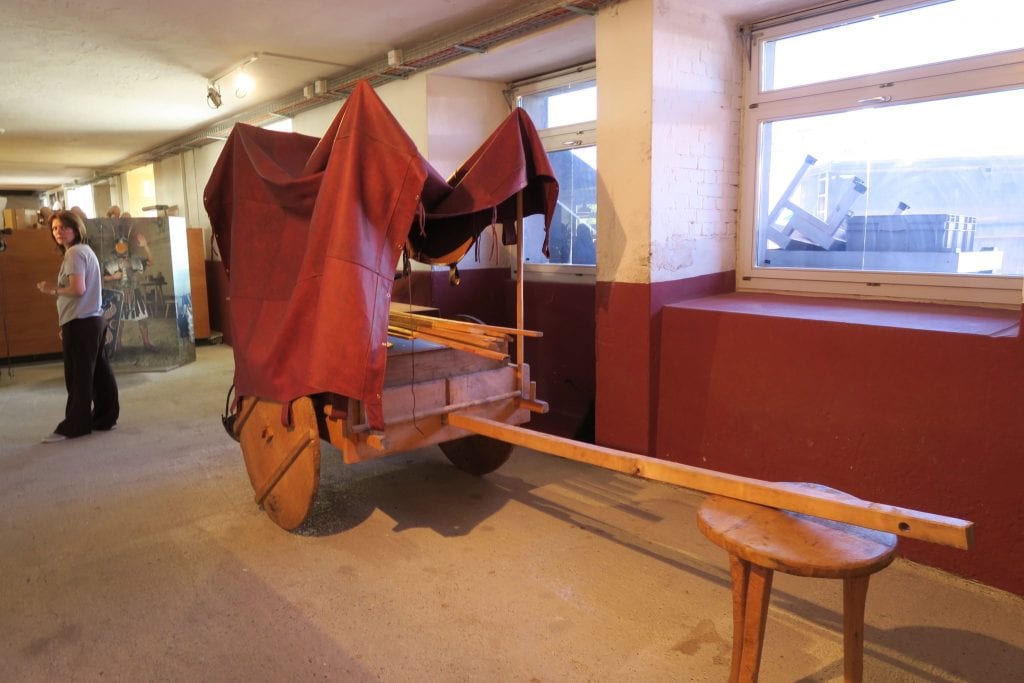 The first attraction that I visited was the Legionnaires’ Trail. Essentially, your mission is to travel back in time and follow the story of the legionnaires’ in Windisch. Yes, they will actually take you to a time travel room that takes you back to the Roman times (very cool!). 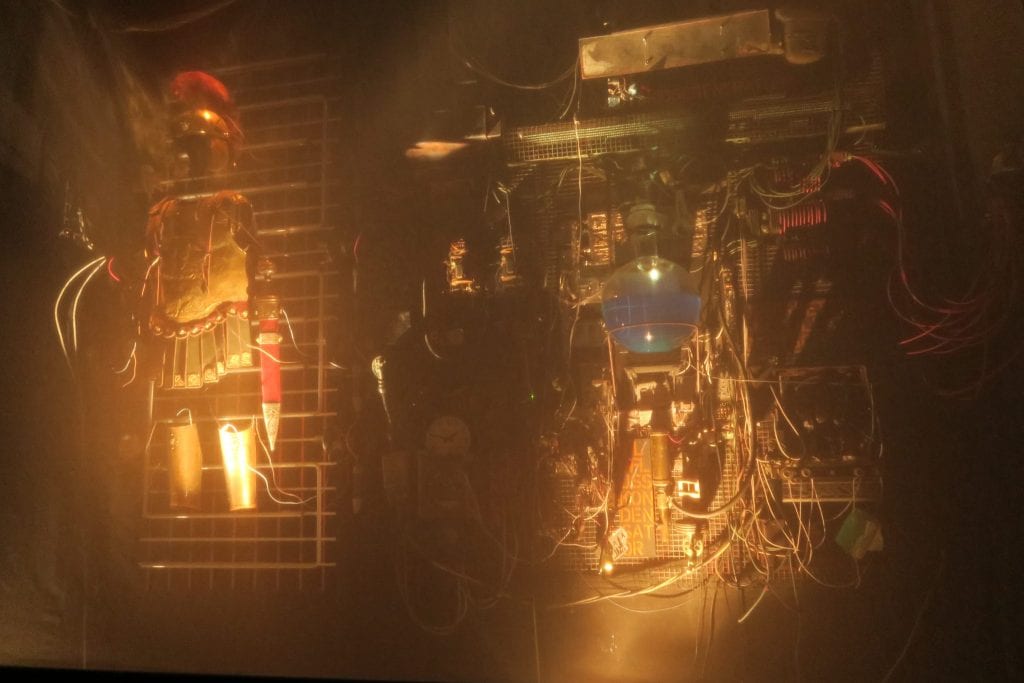 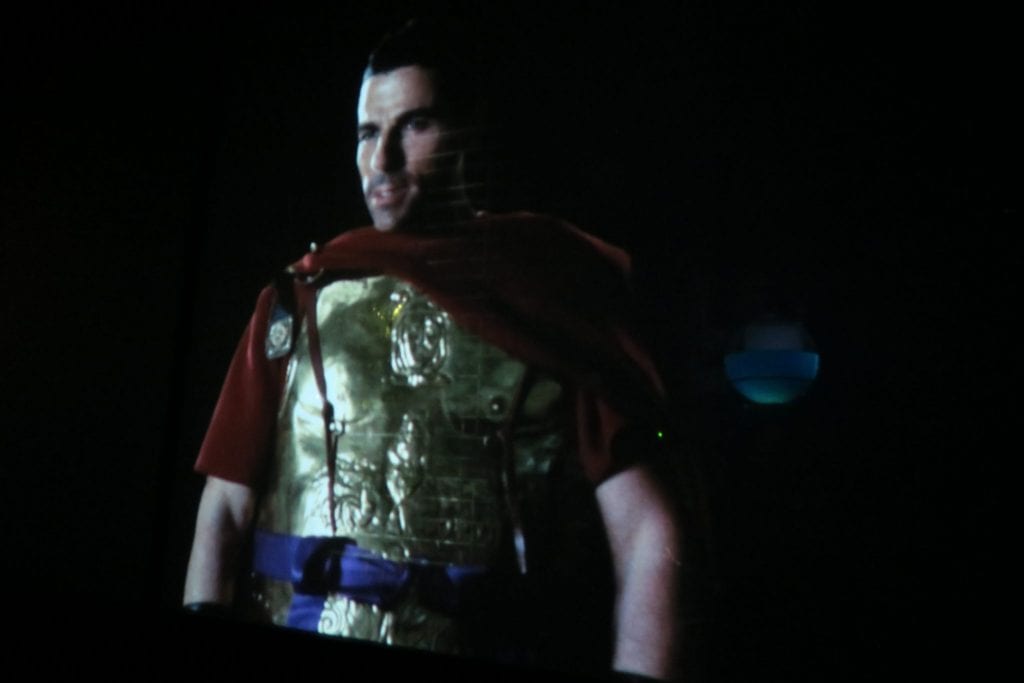 You will be given an audio headset to listen and use to go on this journey. In order to activate the audio tour, you must step on circular points that is located throughout the city. The audio tour guide is very easy to follow as the grounds in the different parts of Windisch is well marked guiding you to the next part of the tour. 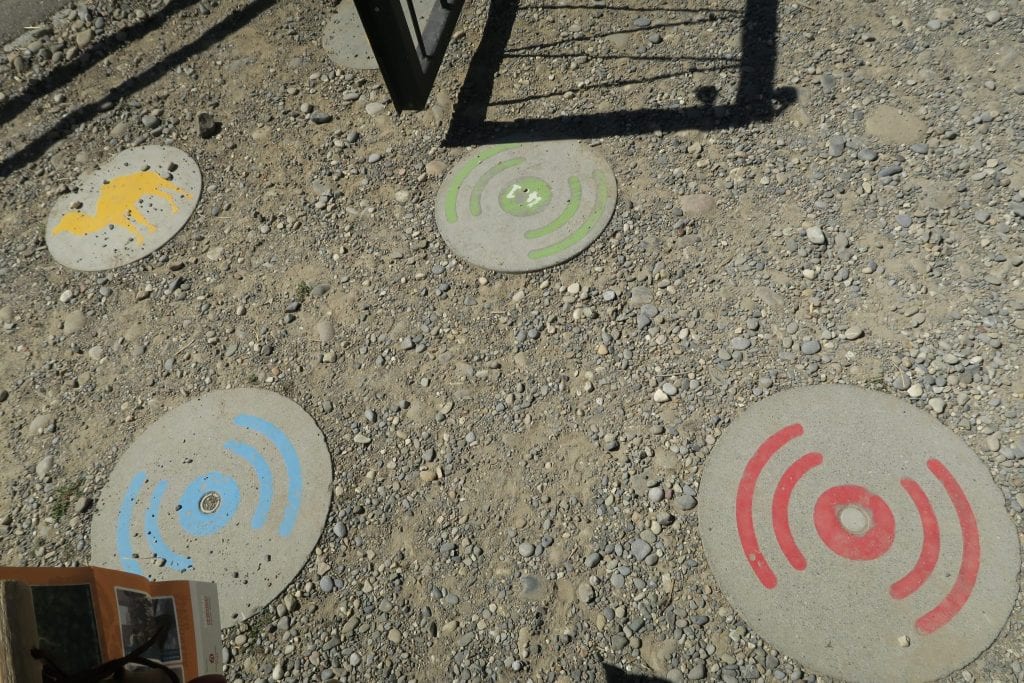 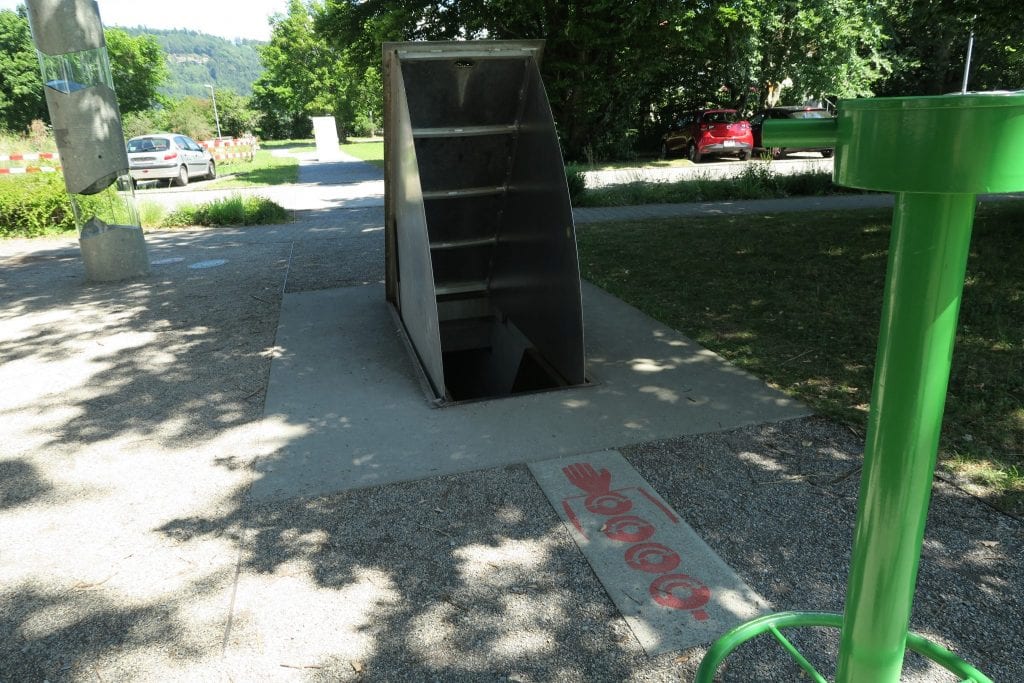 It also doubles as a city walking tour since you’ll be walking through most of Windisch. The Legionnaires’ trail tour is quite interactive taking you underground and at different rooms and chambers across the city. You’ll be given a key card that allows you to open certain doors that will take you back to ruins from the Roman times. 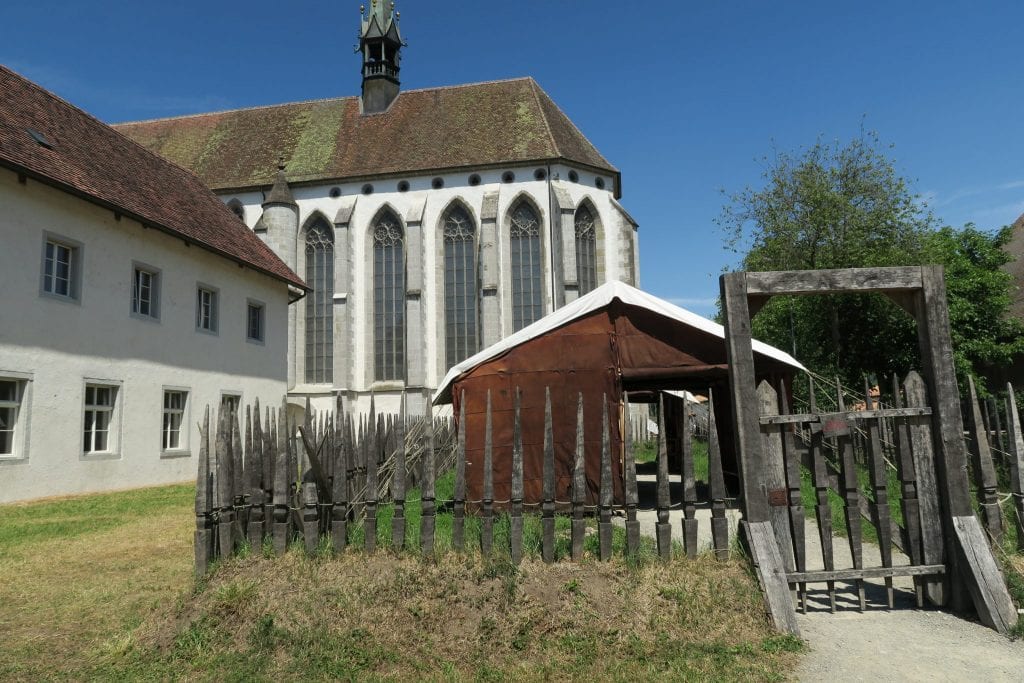 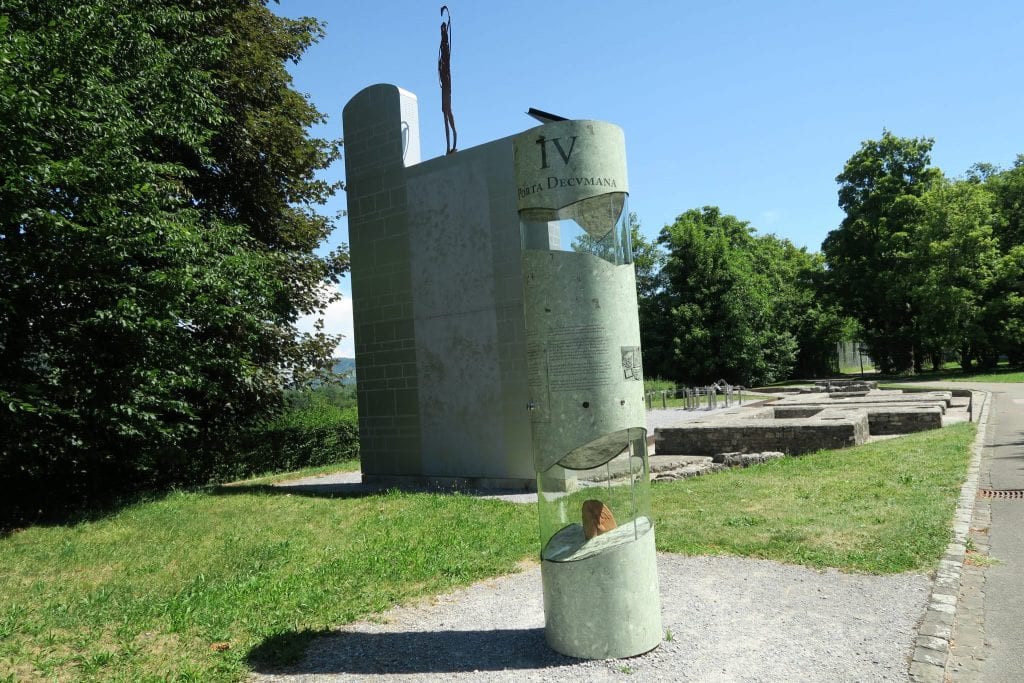 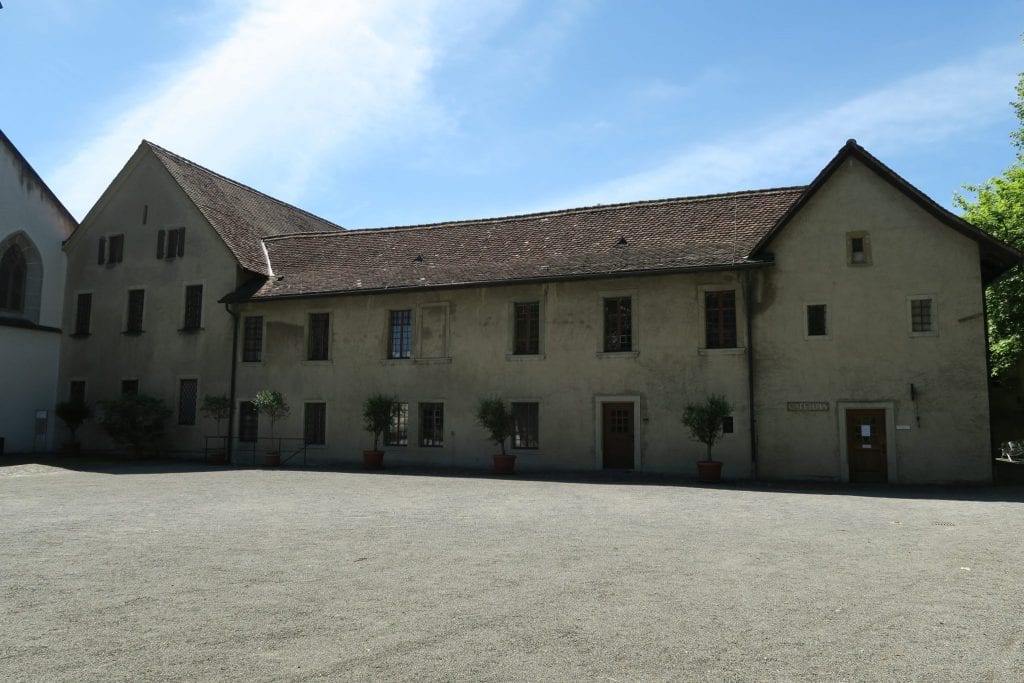 One of the major missions for this audio tour is to find the sacred water and pour it at a special fountain. If successful, Poseidon will restore something (I forgot what he was restoring) back to its original state.

After a lengthy audio tour, you will be taken back to the Legionarspfad Vindonissa office where you need to return your audio guide. Up next…the Königsfelden Monastery!

Luckily, the Königsfelden Monastery is a very close walk from the Legionarspfad Vindonissa office. From there, you can tour this church and learn more about the story behind the art on the pane glass windows of the monastery.

You will be given another audio tour headset as you listen to the story of art on the pane glass windows. You’ll also learn how it was preserved and restored throughout the centuries.

After completing the Königsfelden Monastery audio tour, your next option is to visit the museum in Brugg. Because I didn’t feel like walking all the way to Brugg, I opted to visit the Amphitheater von Vindonissa Windisch instead.

Back in Roman times, the Amphitheater von Vindonissa Windisch used to be a massive arena where gladiators fought. Nowadays, teenagers and college students use it as a place to drink late at night. Apparently, if you visit this amphitheatre late at night, you can spot many young people hiding and drinking all around this arena. 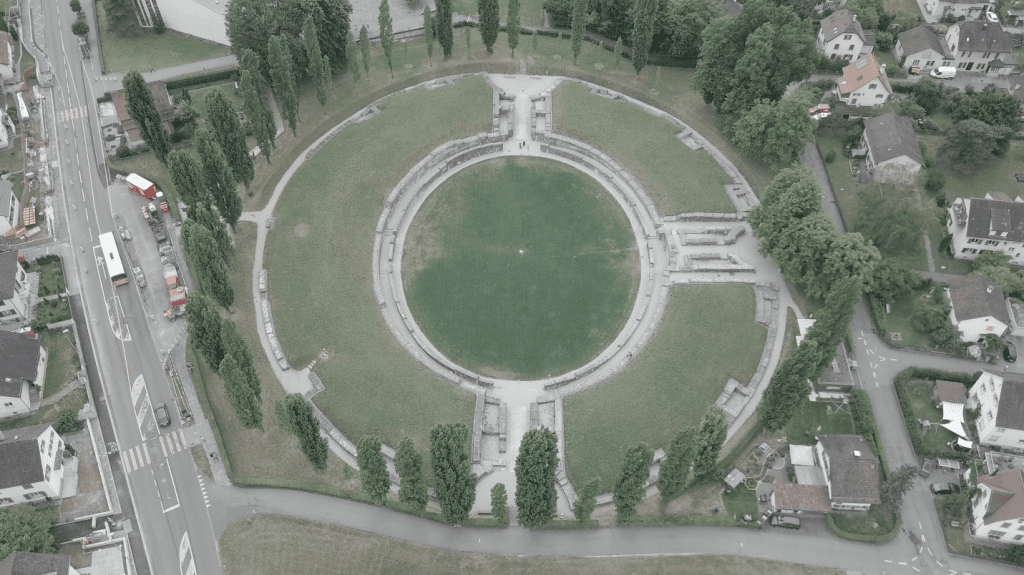 So there you have it, if you ever visit Switzerland, this is another neat tour you can partake in. I was surprised to learn that the Romans had a settlement here equipped with their own amphitheatre. Definitely check it out and have a great time in Windisch!

380 Days of Travel Around the World Music Video

Karen was blown away when we finally made it to th

Wadi Rum is an amazing place. The Bedouin people t

Most people who explore the Petra complex stop at

The Petra is really as amazing as people say it is

The Church of Nativity is an amazing place. My fav

Amazing view of Jerusalem! Read more about it here

Blog Post on my adventures in the Old City of Jaff

Read this blog post to learn more about my trip to

Visiting the Dead Sea is painful! Read more about

I love Sedona Arizona. I can't wait to go back aga

Enter your email to receive the Travel and Live Free Newsletter and a 10 step cheat sheet To traveling around the world!